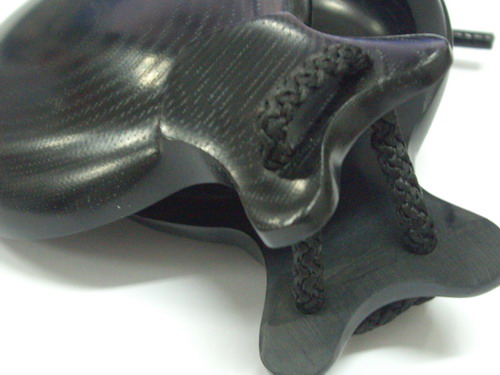 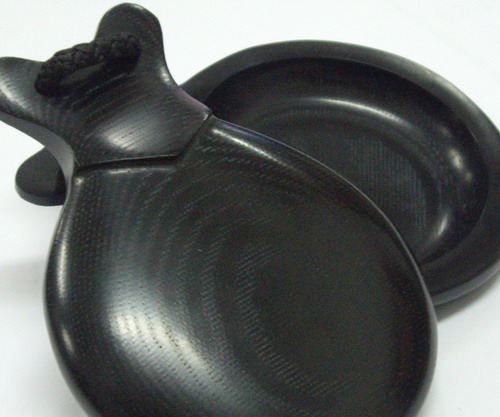 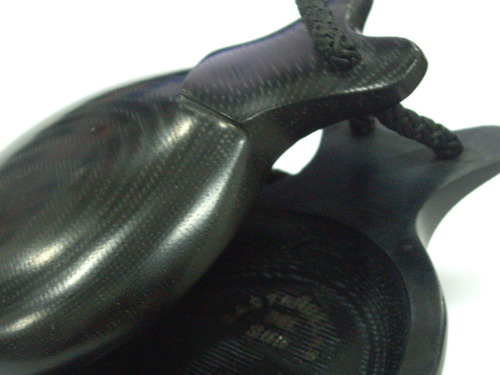 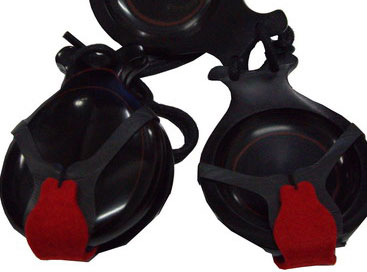 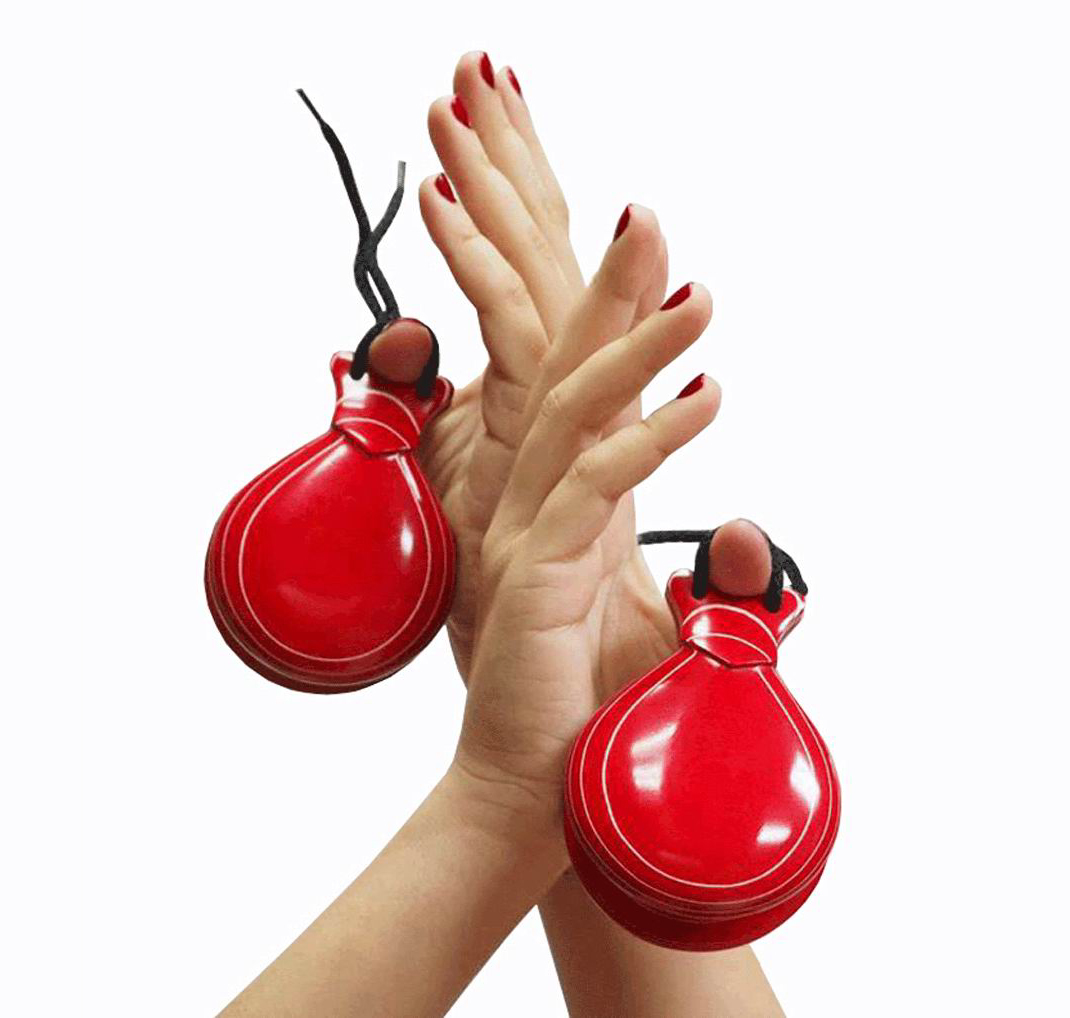 Whatever its characteristics, the castanets must be temperate in order to reach its complete sonority. You can achieve this only making them sound during many hours. Then you will have to take precautions: do not leave them “naked” after using them, put them in their cover.

The humidity and the extreme temperatures are harmful, and can cause breaks and cracks. For the castanets’ fabrication we join the traditional knowledge and the technique in order to obtain a solid castanet, which gives to the professional dancer an instrument with a precise and right sound.

A male and a female compose a couple of castanets. The female has a taller key than the male, depending on the opening between the two pieces. Each castanet piece can be divided in the following parts:
Heart: interior cavity.
Shell: interior and round part of the piece
Ears: upper part of the piece with two holes through which the rope passes to hold the two pieces together. The castanet is held by passing fingers through the rope.
Bridge: it is the narrowest part of the instrument, where the two ears connect. It is also called “bisagra”.
Point: it is the place where both pieces touch each other at the base of the shell. The quality of the sound depends very much of it.
Lip: it is the stripe between the circle that borders the heart and the edge of the shell. Sometimes the lip has a small relief in form of an escudo that separates the ears from the piece’s part.
Fatal error: Call to a member function getLink() on null in /var/www/vhosts/flamencoexport.com/httpdocs/public/flamenco2018/templates/default.phtml on line 51