Madrid is an intensive city and sometimes we need to leave the streets and discover other landscapes. Its surroundings never disappoint, because they offer courtyards from the XVII. Century, green areas, old boats museums and a new contemporary art center.

This small city close to Alcala river impressed for its past: there was born Cervantes, the university was built at the beginning of the XVIth century and during this century; it was one of the most flourishing in Europe.

Its atmosphere is highly cultural, but as well we can feel the student animation and permanent dynamism. We can start by a walk by its walls of the XII and the XII century, and, concretely, by the Madrid door, that is like the enter point of the complutense old quarter (Complutum was the name of city under the roman dominion). There are a lot of attractions for visitors: the Oidor chapel, where the author of Don Quijote was baptized: there is the font and plaster of Mudejar style, intact.

The chapel is used as well as exhibitions room. The Cervantes native home, in the Mayor Street nº48, www.museo-casa-natal-cervantes.org, with its interior so faithfully rebuilt that helps to imagine the day to day of the writer inside. To go around the Mayor Street, it is the most important street with the biggest arcades in Spain. Passing by the number 46, maybe we have the time to visit the patio typically Spanish of the Antezana Hospital. There are other manners to amuse oneself in Alcala: visit patios, facades and enclosures of the Cisneriana University and eat or have a snack in the student lodging house which belongs to the state run-hotel.

Some times, we could try the typical pastries of this city (pestiños, costrada, almonds “garrapiñadas”) in the old convent of the golden century like this one. And for the amateurs of theatre, the “corral de comedias” of he city waits for them (www.corraldealcala.com). They can go around the picturesque installations of the XVII centur, and they can assist to some works that are programmed since three centuries.

This city is 45 kilometres in the south of Madrid, on the basin of the Tajo River. The best for its visitors is to have a walk by the narrow streets, contemplate the precious “plaza Mayor” and go to a restaurant and eat beans, drink the traditional liquor made of anise; they distil since the XIX century in the city. This square is a great archetype of the “Plaza Mayor”, surrounded of buildings with balconies, arcades and galleries. 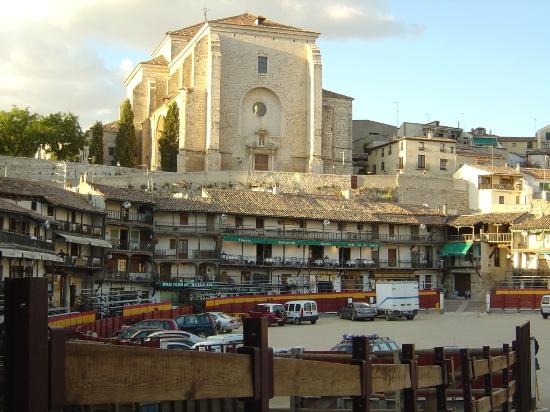 It was built on the XV century and was closed on the XVII. Moreover, they crowned the king Felipe V on the 3d of august of 1706. On 1974, it was declared artistic and historic building. You must see: the church of the Asunción counts on a Goya painting, the ethnologic museum of La Posada (closed on Wednesdays) and the one which was convent of the “Augustinos”, nowadays is a state-owned hotel. Anyway, the tourism office is close to the Plaza Mayor ad there we could consult an officer about the entire places of the city.

Aranjuez: a palace with strawberry flavor

Aranjuez is world famous for its guitare concert, created by Joaquin Rodrigo, but also for its fountains and vegetative ornaments, and for its Royal Palace. Don't forget to visit the porcelain cabinet, and its Chinese rococo style. 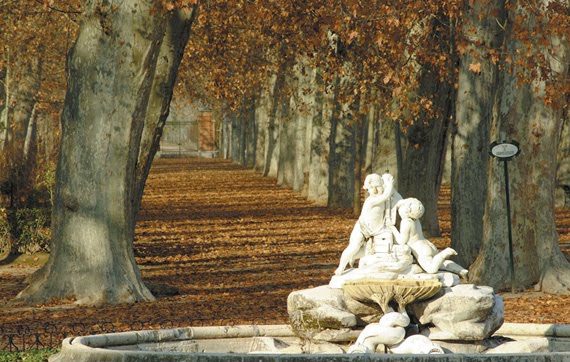 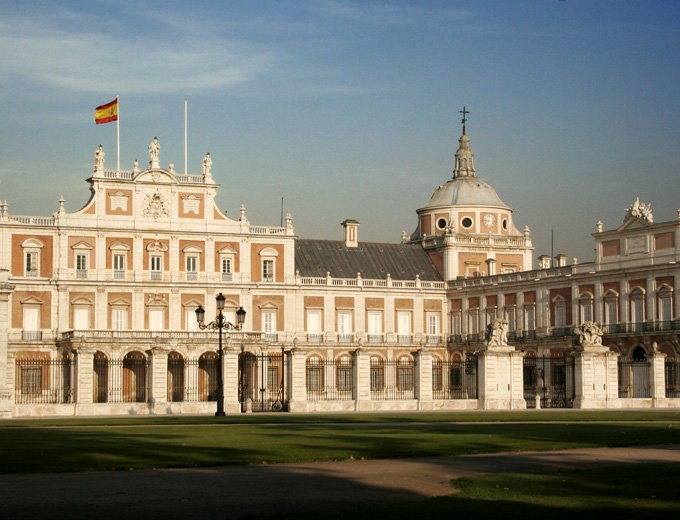 Finally, to come back to Madrid, take the Strawberry Train, a retro fashions experience, very funny: from May, you will eat strawberries on your way back to the city. 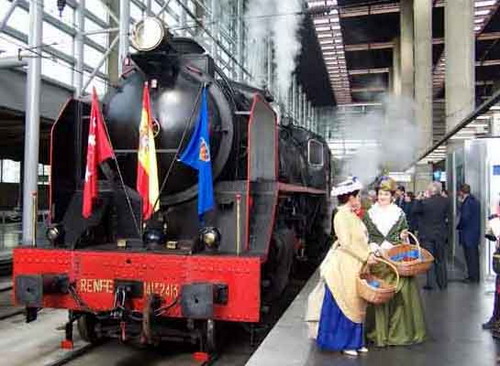 The most recent art center of Madrid

In the south fringe of Madrid, they have created the "Dos de Mayo" Art Center, in 2008, in Mostoles (www.madrid.org/centrodeartedosdemayo). This is a place with a main aim: decentralize the art, moving it closer to the public and a very clear message "the museums don't bite". They are trying to receive the visitors with joy, above all the kids (very famous workshop on Saturdays mornings), but also the youngest and the others. You'll find here art works of artists such as Chillida, Chema Madoz, Cristina García Rodero or the Crónica team. 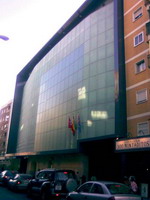 San Lorenzo de El Escorial has as a principal attraction its Royal monastery built at the end of the XVI century. In fact, it is as well a palace and includes a basilica and a royal pantheon. 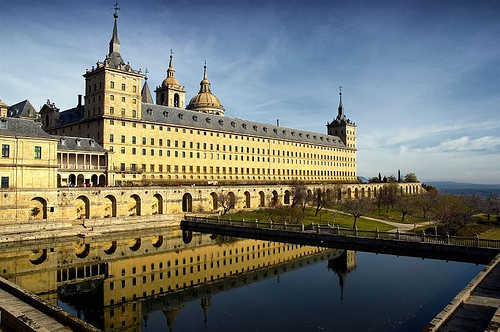 Its measurements and big levelled area leave open-mouthed the visitors and allow him to be witness of an important part of the history of this country. At the exit of the monastery, it is a pleasure to walk by the lively streets, especially by La Florida Blanca; in the lovely hotel Miranda we can have a hot chocolate with croutons. Farther, the Royal coliseum theatre of Carlos III is, during all the year, the place for concerts and work of theatre of very good quality. During all the summer the village is the headquarter of the summer course of the Complutense University, the entertainment of the streets is triple. 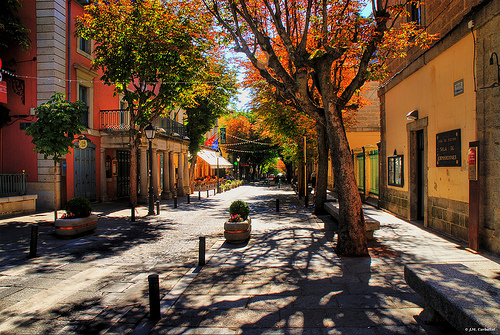 To go away from the summer racket, we have to imitate Felipe II, who went up to the mountains to supervise the works of the big monastery in shape of railings (in honour to San Lorenzo, tortured in one of them). The famous Felipe II chair is in reality a rock that makes out the monastery. All you have to do is to follow the traces and you could sit down and feel like a king or a queen for few minutes. 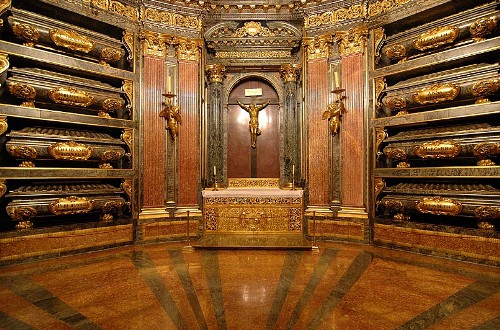 Fatal error: Call to a member function getLink() on null in /var/www/vhosts/flamencoexport.com/httpdocs/public/flamenco2018/templates/MenuSuperior.phtml on line 94