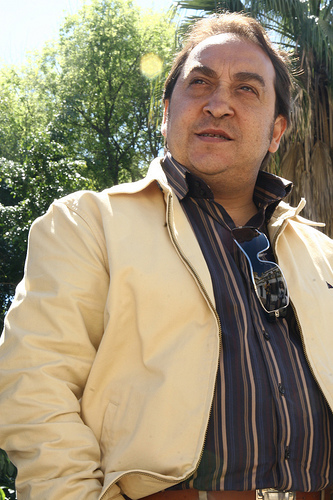 Just a few hours after publishing notification of the cancellation of Fernando Terremoto’s performance at the 2010 Jerez Festival, I learned from a French friend and flamenco lover that the famous flamenco singer from Jerez had passed away from a heart attack on February 13, 2010. He was only 40 years old.

Over 20 years ago, Fernando Fernández Pantoja, son of the also legendary Teremoto de Jerez, began his flamenco career as a guitarist, but debuted as a singer accompanied by the master guitarist Moraíto Chico at the Peña Don Antonio Chacón in Jerez in 1989.

Among the prizes Fernando won over the years, the most important include the first prize for singing in the Young Performers Contest at the IX Bienal de Flamenco in 1996 and the three National Prizes for Song (Manuel Torres for seguiriya and martinete; Niña de los Peines for soleá por bulería and bulería; and Antonio Chacón for malagueña and tarantos) awarded at the XV Concurso Nacional de Córdoba in 1998.

Fernando’s passing is a great loss for the flamenco community.  Let’s celebrate his contribution to Spanish and gypsy culture by enjoying his excellent voice in the many recordings that exist.

May he rest in peace, and wherever he is, I hope he’s singing.