The XIV Jerez Festival began Friday, February 23 with the Ballet Flamenco de Andalucía and the company’s third show based on the works of the poet from Granada Federico García Lorca, entitled “Poema del cante jondo en el Café de Chinitas”. This show, directed by José Carlos Plaza and choreographed by Cristina Hoyos was a magnificent super production that spared no expense.

Although somewhat overly ornate, the set and interminable parade of colorful costumes turned the stage into a true “café cantante” from the early XX century, and more specifically, the Café de Chinitas in Malaga, paying homage to the flamenco artists of the day and the flamenco lovers and proponents who patronized these types of establishments. Although so luxurious a production is rarely seen in flamenco, the grandiosity wasn’t completely necessary, as the body of dancers was absolutely top notch, especially the men. 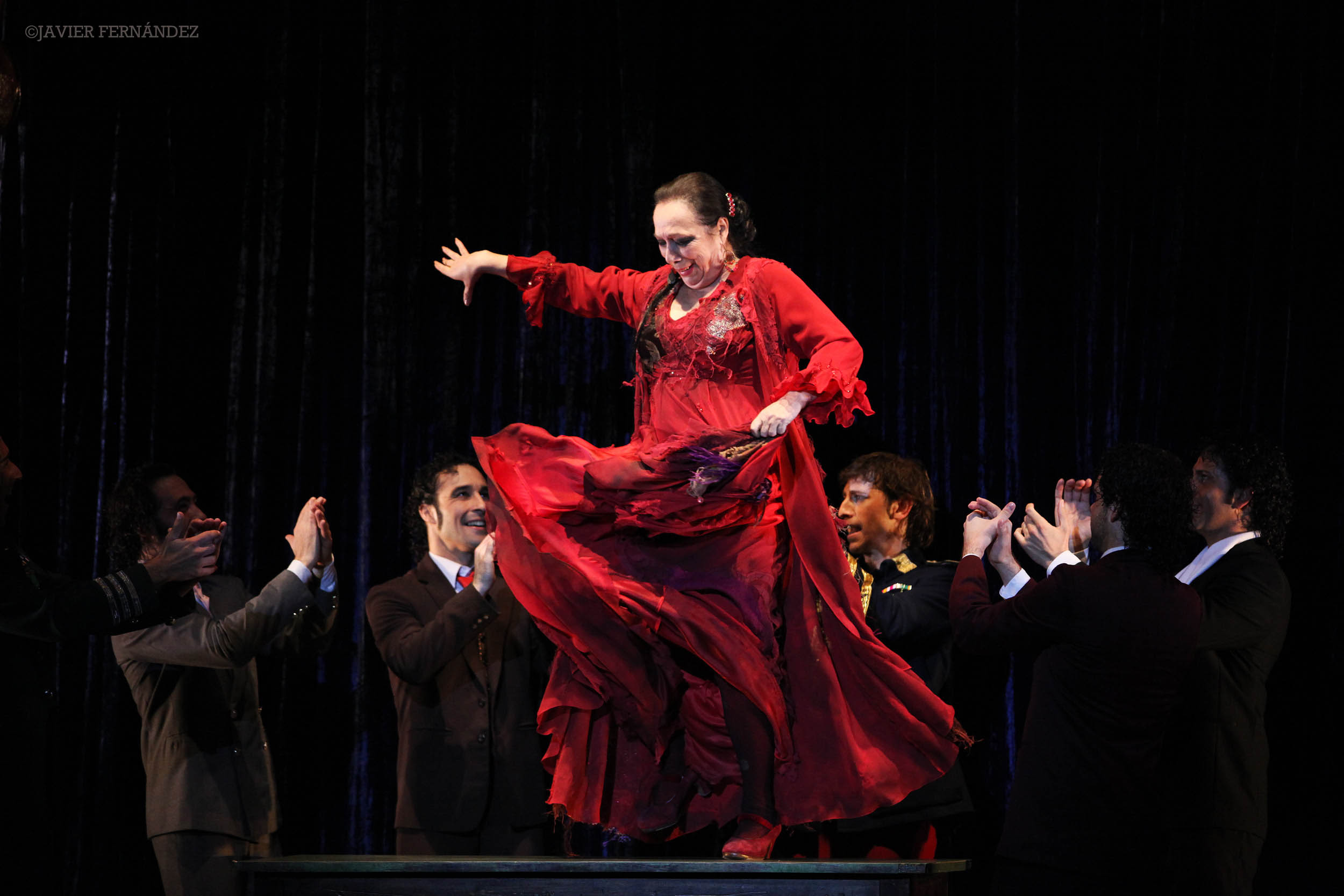 Purist song was the true protagonist of the evening, exploring such powerful palos as the petenera, the seguiriya and the soleá. Given the importance of the music, I would be remiss if I didn’t mention the phenomenal singers, Fabiola, Vicente Gelo and David Carpio , who, at least in this show, played an equally important role as the dancers. In my opinion, the evening’s climax was the incredible saeta sung magnificently and almost flawlessly by Vicente Gelo. It left me breathless.